Hey have you heard there’s a new “Avengers” movie? It was pretty easy to miss, since it’s only been E V E R Y W H E R E for the past two months leading to it’s record-breaking opening weekend. Suck it “Titantic”! Part of the endless parade of promotions for the movie about CGI’d superheros fighting a CGI intergalactic bad guy is repeatedly calling this film, “the most ambitious crossover event in history”, which seems a bit presumptuous if you ask me. What about that other time Marvel made an “Avengers” movie? Or the time they made those “Marvel vs Capcom” videogames? Or the time “Friends”, “Mad About You” and “Seinfeld” all had a TRIPLE crossover about a blackout in New York City? (Do you not remember this episode of “Seinfeld”? It’s because NBC ordered it, and the other two shows fell in line, while the writer’s on “Seinfeld” entirely ignored it.) What about the time THE DONALD hung out with Grimace in a McDonald’s commercial? These were all mighty fine examples, but I can think of one property ripe for a crossover. Without further ado, here is the dumbest thing you will read this week….

[SCENE: A nondescript strip mall in small-town, located between a Chinese buffet that apparently has a half-off special everyday and the last remaining roller disco in the Western hemisphere. Night has fallen, but there’s a large table towards the back of the office, visible from the parking lot due to the lights illuminating the conference room.]

GECKO: [In a faux-…British? Australian? accent, it doesn’t matter you’re already doing the voice in your head] I have gathered all of you here today in the Geico Fortess of Solitude in order to address rumors of destruction and chaos in which we have never seen. We have faced formidable foes in the past – last year, we were nearly capsized fighting off Flo, and only at the last minute able to banish her to the Phantom Zone by bundling home and auto insurance together. We…

CAMEL: GUESS WHAT DAY IT IS?

PINWHEEL PIG: Knock it off, Camel. Let’s get to it Geico – I got a blonde on a jet ski to get back to in order to make everyone very uncomfortable with the suggested implications.

“DID YOU KNOW…” GUY: Did you know… today is Monday, and you are a one-joke mascot Camel?

PINWHEEL PIG: Uncalled for. We are all just as valuable to Geico’s ever-expanding marketing footprint.

“DID YOU KNOW…” GUY: Did you know… this commercial makes my penis recede into my stomach every time I see it? 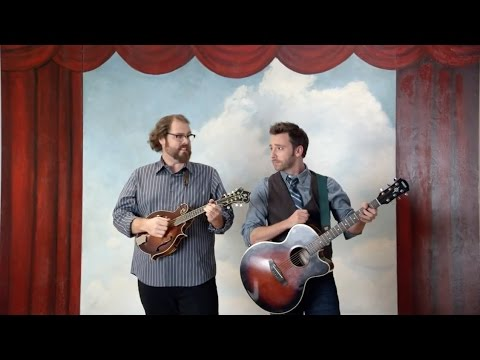 WHATEVER THESE ASSHOLES ARE SUPPOSED TO BE: [plays twee chord]

GECKO: We’re going off the rails, people. Focus. We need an organized plan, throwing everything we’ve got at this next…

EASILY OFFENDED CAVEMAN: Are you going to tell us what this is or what? This is an unwieldy platform for a movie because we have to split a movie among a dozen-plus characters while establishing their motivations or character growth, all while telling a coherent story. This is a big ask, even for the sharpest among us. Isn’t that right? [gestures to his left]

MISCHIEVOUS WOODCHUCKS: Aww hell yeah! We totally remember Rule 34-ing that dirty slut into 4chan. We ARE naughty beavers after all! [high-five each while the rest of the room groans, with some cloying steel guitar and tiny guitar fiddling amongst the noise]

ODDLY-GROWING WEIGHTLIFTER: [takes the guitars and smashes them through the table like John Belushi in “Animal House”]

“DID YOU KNOW…” GUY: Did you know… I have been DYING to do that forever now?

GECKO: [over the noise] We need to focus! We all need to get on the same page as soon as possible before… [thunder cracks and light illuminates the dark parking lot, the smoldering husk of a hatchback suddenly folded up. Mayonnaise-Eating-Motherfucker mouths, “my ride…”. A second burst of lighting fills the sky with only a shadow visible in the front window]

One thought on “Arch Stanton Guest Post: The Most Ambitious Crossover in History”