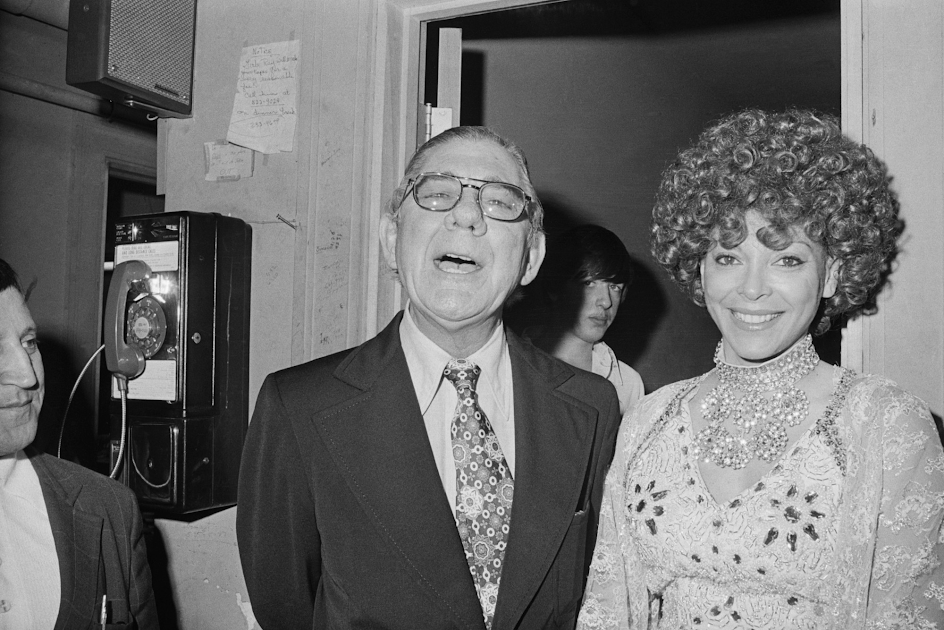 I was perusing Wikipedia of a historical figure in the pursuit of learning something new and possibly finding something to share with the fine readers of this site, when I stumbled across what is perhaps my new favorite Wikipedia page: “List of federal political sex scandals in the United States” (note to self – compile a list of all my favorite Wikipedia pages). Let me tell you – it is a FASCINATING list. To start we have the “Definitions” section, in which we embrace President Clinton’s finest moment and define what constitutes sex (“physical activity in which people touch each other’s bodies, kiss each other, etc.” – in doubly good news, I just found out I am NOT a virgin! Happy day for me!) Some you’ll know, but there’s interesting tidbits to add, and others you likely haven’t heard, so let’s investigate some of them!

Thomas Jefferson: You know the one with Sally Hemings, his slave. There is loads of evidence suggesting he did indeed father children with her. The interesting bit comes later when the Thomas Jefferson Heritage Society disputed this and concluded Jefferson’s grandson, Randolph Jefferson, is more likely the father of the children. I like to imagine they are each responsible for some, because there’s nothing better than inter-generational communal fucking. The 18th century was weird as shit.

Andrew Jackson: His wife Rachel Donelson Jackson was previously married to an alcoholic and abusive husband, from whom they both believed she had been officially divorced but he never finished the paperwork. Jackson’s wife was painted as a bigamist, because it was 1791 and we still openly smeared victims of abuse, and she later suffered a nervous collapse and died. Jackson blamed the harassment for her death, which is why he probably was such a huge asshole.

Richard Mentor Johnson: Vice President to Martin Van Buren, this Johnson was also a dick, but his scandal involved him openly carrying a relationship with a slave named Julia Chinn. Being the time period it was, people did not appreciate this. His party bailed on him, but he treated her as a common-law wife and passed his surname to his children, which is very noble of him in lieu of social standards of the time. Less so the part possessing slaves, but hey, half-credit for trying at least.

John Henry Eaton: The Secretary of War “allegedly” had an affair with a married woman, which led her husband to kill himself. Eaton then married the widow, removing any pretext for the “allegedly” in their affair.

James Henry Hammond: An OG pervert. Had a gay relationship with a college friend which he didn’t deny (which was WILD for the early 1800s) and he referred to it as his “little dalliance”, a truly delightful way to refer to past sexual indiscretions. This is not the pervert part. He supposed had more “little dalliances” with his teenage nieces (update – no longer a fun descriptor) as well as relationships with female slaves as young as twelve. Yeesh. This scandal caused him to withdraw his Senate bid in 1843, because the rest of society was not on-board with this level of scumbaggery. He ran again and won in 1857, because everything has always been garbage all the time.

Daniel Webster: A Congressman who had affairs with black women. On it’s own, yawn, but then comes this little quote from a newspaper at the time: “His mistresses are generally, if not always, colored women — some of them big black wenches as ugly and vulgar as himself.” Again – everyone was terrible all the time.

James Buchanan and William Rufus King: One a diplomat and future President, the other a Congressman and future Vice President, allegedly liked to bump parts. Another instance of something relatively benign on its own, but much improved when you learn Andrew Jackson referred to King as “Miss Nancy”. See above where he was a huge asshole.

Grover Cleveland: Had an child out of wedlock. Was a scandal until he owned up to it, which led his Presidential opponents to chant, “Ma, ma, where’s my pa?” during rallies. When Cleveland won, his supporters cheered “Gone to the White House, ha ha ha.” This constitutes as rap beef in 1884.

Warren Harding: The original Donald Trump – self-serving, incompetent and loved to fuck people who he wasn’t married to. Whereas Trump prefers Twitter, Harding preferred poetry, and in a different life, Harding would have written pulpy adult romance novels. He nicknamed his dick “Jerry”, the lamest nickname ever ascribed to a penis — “And Jerry came and will not go, says he loves you, that you are the only, only love worthwhile in all this world, and I must tell you so and a score or more of other fond things he suggests, but I spare you… I fear you would find a fierce enthusiast today.” And “I love you when / You open eyes / And mouth and arms / And cradling thighs” and then “Wouldn’t you like to get sopping wet out on Superior — not the lake”. Harding was a dog.

David I Walsh: Congressman got busted in a male brothel frequented by Nazi spies. The Madlibs of sex scandals.

Styles Bridges and Lester Hunt: The former a Republican and the latter a Democrat, the former threatened to out Hunt’s son as gay unless he resigned, essentially handing over the Senate to the Republicans. Hunt refused, but did not seek re-election, and then shot himself. This whole thing started fun, but this is wildly upsetting.

William O Douglas: Our first Supreme Court Justice! He was married (and then divorced) three separate times, which was a huge scandal in itself, not to mention the fact he was allegedly pursuing other women the whole time. THEN he supposedly tried to molest a flight attendant in his chambers – I’m sure there’s an incredible story in there alone. Congress actually tried to impeach him due to his poor moral character, which failed. Incredible they actually attempted it for what seems like the most innocuous charges so far.

Wilbur Mills: Busted driving absolutely shitfaced with a stripper named Fanne Foxe. Proving America has always been a great nation, was re-elected anyway. Later resigned after being shitfaced again while giving a press conference from Foxe’s dressing room in a burlesque club (seen up top). I’d never heard of Wilbur Mills, but God bless him for living the American dream and resigning in disgrace under the best possible conditions.

Wayne Hayes: A reporter discovered a woman named Elizabeth Ray was hired as a clerk-secretary despite her only job duty being providing sexual favors. Ray later admitted “I can’t type. I can’t file. I can’t even answer the phone”, which is a pretty effective resignation letter. I looked up pictures of Elizabeth Ray (since this happened in 1976), and while Hayes was a dirtbag, he was a dirtbag with good taste.

Mel Reynolds: Resigned from Congress in 1995 after a conviction for statutory rape. Yikes. He was indicted in 1994 for sexual assault and criminal sexual abuse of a sixteen year old staffer, but continued his campaign which he won. This is not the last time someone was accused of sexual impropriety during a campaign and went on to win. Reynolds originally denied the charges and stated they were racially motivated; less than a year later he was convicted on twelve accounts of sexual assault, obstruction of justice and solicitation of child pornography. No word on whether he got to place the race card back in the deck.

Gary Condit: Had an affair with a twenty-three year old intern that was only exposed after she disappeared, which is about the worst possible way for your affair to leak. The intern’s body was found a year later and an illegal immigrant with no relation was charged with the murder. These got so dark so quick.

Thomas Evans: Went golfing in Florida with a nude model-lobbyist Paula Parkinson, who described her lobbying techniques as “unusual tactile”, another delicate way of saying they totally fucked. Evan apologized but was voted out of office. Future Veep Dan Quayle was on the golf trip but was absolved of any sexual acts as his wife stated it was common knowledge Quayle would rather play golf than have sex, thus confirming Dan Quayle is an idiot.

After this, the press really dug into sex scandals, and most are pretty straightforward/gross so lets blow through a few: sex with a sixteen year old girl (thirty days in jail), soliciting sex with a sixteen year old male prostitute (went to rehab), blowing a guy in the Library of Congress (resigned), admitting to a second family and then refusing to provide for them, banging a congressional page (there were a bunch of these), traveling with a model while trying to run for President, touching the leg of a female lobbyist, fixing 33 parking tickets for a male escort, children out of wedlock, getting a nude massage from Miss Virginia (public service has its perks), various accounts of sexual misconduct/harassment, nine individuals speaking out against Clinton’s infidelities while having their own affairs, and various other homosexual affairs by people speaking out against gay rights. This, of course, does not touch on Bill Clinton’s illustrious career as a serial harasser, nor Anthony Weiner, who’s weiner was splashed all over our faces for far too long. They get more explicit and weirder in later years, and I wonder if it is because people are bigger perverts or because this activity is more highly scrutinized than it was it the past. Personally, I think it’s the result of rampant fake news.