Happy Thanksgiving to my pilgrims who made it across the pond – on the good side! (“The Nina, Oh! The Pinta, Oh! The Santa Maria Oh! I’ll do you in the bottom while you’re drinking Sangriaaaaa!!!”)

Let me begin by admitting a cruel fact: during the festivities, a friend/new mom arrived with her infant child and I was able to guess the infant’s weight to the exact pound. I failed to mention that the only reason I accurately guessed 16 lbs for the infant was because the day prior I spent 5 hours slapping and massaging a 17 lbs turkey, getting reeeeeal comfortable with that flesh. So when I saw the child, I immediately knew his weight, how much aluminum foil would be needed to wrap his torso, and just how many garlic cloves he could handle before it becomes a real pain in the ass.

By the way, remember way back when (yesterday), when I posted that photo of Whities Car Care for Asian Vehicles? It occurred to me: prior to the development of the show and title character, whoever coined the term “Boston Blackie” clearly has never been to Boston. Also, fuck Boston. And on further thought, President Trump, if you’re reading this, please let me broker phase two of the trade deal with vaChina. Fuck it, I’ll give you my playbook right now. China hands Hong Kong to the U.S. and we give them Boston after we strip it of its finance and healthcare industries. It’s that simple! We get a city that’s more relevant on the world stage than Boston is on the New England stage. Fuck. Boston.

So back to Thanksgiving. My family and I were chowing down on garlic-stuffed turkey ass when it occurred to me: could we use some sort of food coloring-esque additive to change the color of human blood? As you know, blood plays a mild to moderate role in the color of Caucasian skin and I wonder if we made a blue additive, would your skin turn slightly blue? I understand that it would wear off after only a few hours or days but it sounds nifty.

What if that plan fails to gain steam? Totally fine because I have a second plan and our American scientists in America-controlled Hong Kong have the technology. You’re familiar with bioluminescent bacteria on beaches? (Photo below) 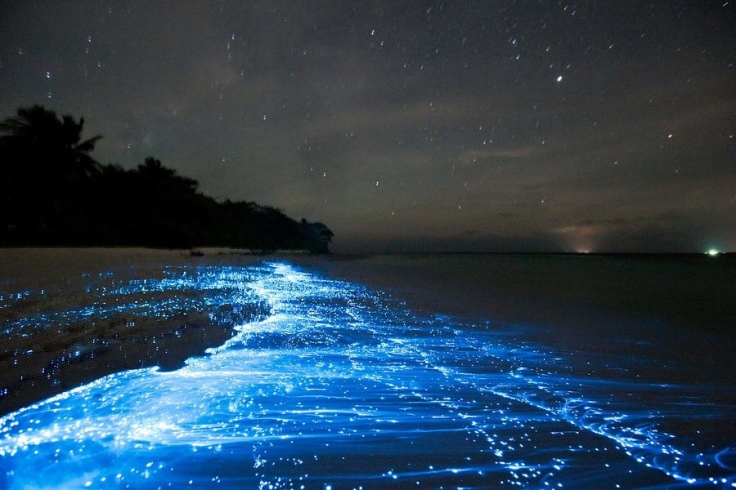 What if, assuming they’re benign, we inject a few billion into the skin like a tattoo?

P.S. let me make one thing an absolute fact. In no way, shape, or form am I attacking Boston out of jealousy or envy. It’s more akin to me beating up an arrogant adolescent in the parking lot out back. And for those of you living in Boston, sorry you’re not in New York.