And welcome, from ‘Merica’s heartland.  Let’s get right into it.  On a flight to Las Vegas earlier this week I came across this, a woman CLIPPING HER NAILS ON THE FLIGHT: 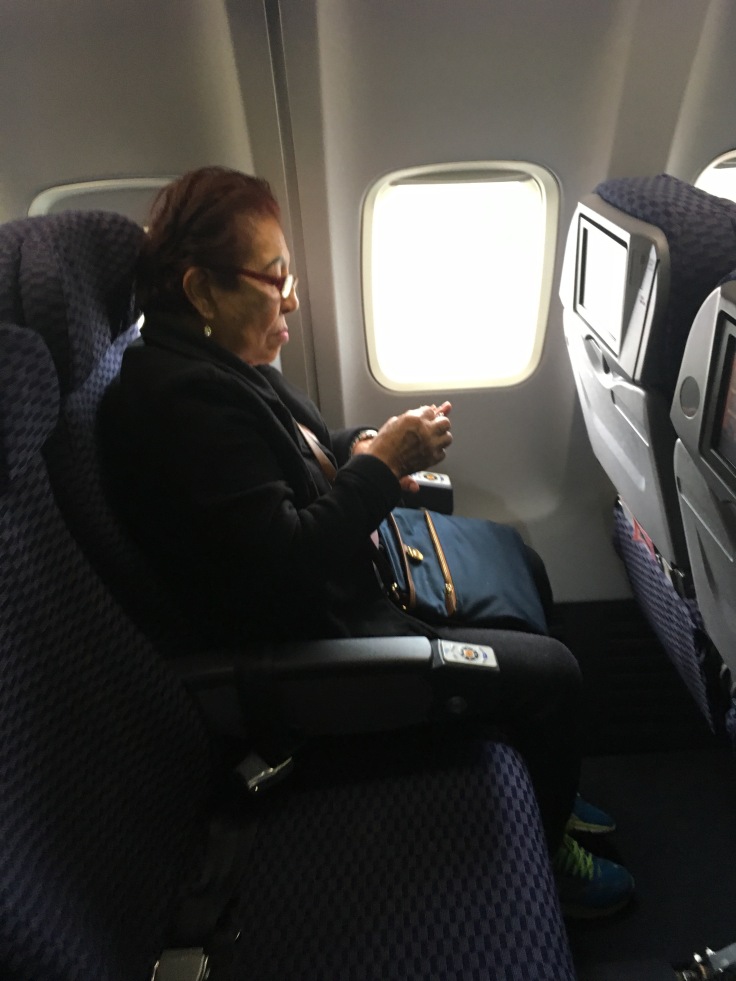 I was immediately put off my this lack of regard for humanity.  But, alas, she ended up being super nice and we spent the flight speaking in broken Spanish while she’s wasn’t busy reading a pamphlet titled “Señor Jesús.”  An amigo of mine would later suggest I get her autograph as the housekeeper from Family Guy:

I thought the antics were over until on the return flight from Las Vegas, a little Asian woman next to me asked for a platter of lemon wedges.  Sure enough, the flight attendant came back with a shish kabob of United Airlines branded lemon wedges on a plastic stick.  The woman spent the remainder of the flight alternating between sucking on the United Airlines lemon wedges, sniffing them like she’s recovering from an insatiable glue habit, and rubbing them across her nose and forehead.  Where do these people come from?

During my stay in Vegas, I made sure to stop at an old favorite, In and Out Burger.  It seems I didn’t learn my lesson in 2014 when I originally tried Animal Style and actually shit my pants at the General Sherman tree in Sequoia National Park.  So, following the Animal Style extravaganza, chased by a river of pop, I found myself exploring the surprisingly finite limitations of my colon in the lobby of Caesars Palace.  At first there were some gentle movements and I was tangentially made aware that I would soon be pinching off something mildly pungent.

But then, with the force of ten thousand atomic bombs, my colon shifted ten inches to the side and I scampered to the bathroom with a look of terror across my face.  What would come ended up being quite a mix: three parts primordial soup, two parts high-density solids that hit the porcelain with enough force to effectively split the atom.  I felt like Sisyphus as I sat there for what seemed like an eternity, straining every muscle beneath my eyebrow.

I’d like to formally apologize to the staff of Caesars Palace for leaving that monstrosity behind.  Let’s hope the Romans’ aqueduct technology has improved with the times, lest this thing get lodged in the intake valves at Hoover Dam.  Let’s pray those workers are indeed “shovel ready” because this beast had some serious momentum behind it.

Today’s fun fact of the day: the word emotion means disturbance.  The word comes from the Latin evomere, which means to disturb.  Now you know!  This fun fact comes from The Power of Now by Eckhart Tolle, which I am currently reading.  It’s a quick read and I highly encourage everyone to give it a shot.  While a bit repetitive, the message is very powerful and mirrors a commencement speech by Jim Carrey that I also encourage people to view.  I watched this a number of times a month ago and I can promise that it has since changed my life in terrific ways.

Quick tangent: everyone has shit on the size of Donald Trump’s hands. HOW THE FUCK HAS EVERYONE MISSED VAN MORRISON’S?!?!?

And finally, I took this photo in Chicago (of all places) this summer.  I shed a tear of blissful joy upon strolling beneath its magnificence: 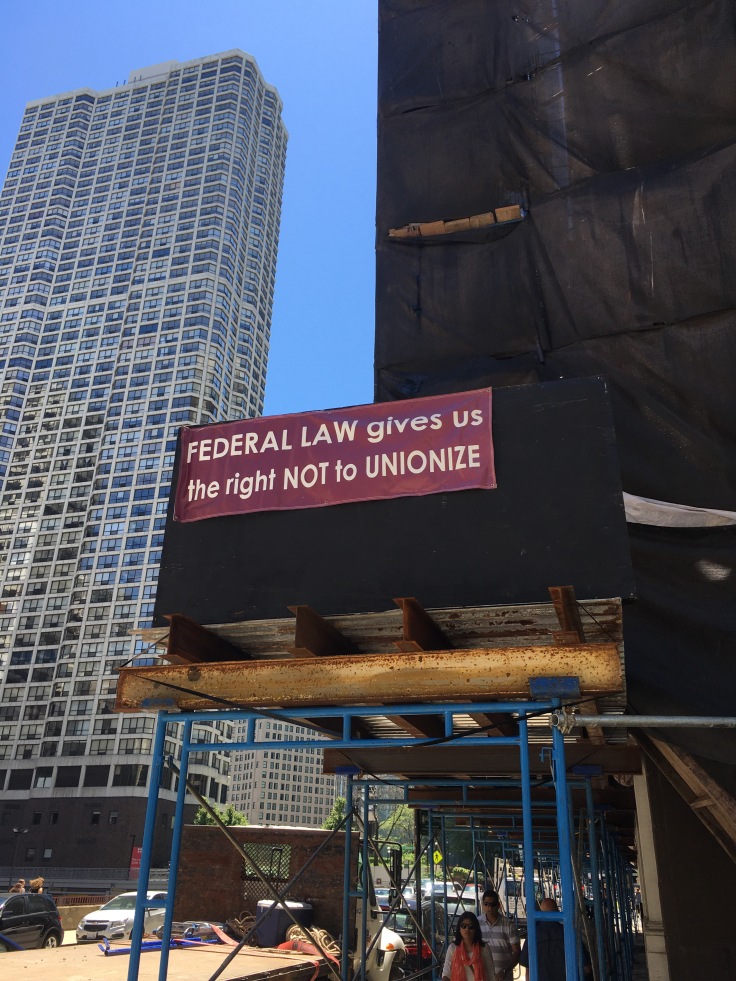 I leave our readers with this thought: Barry Nobama wins a nobel peace prize, but can you name the man/woman who developed the first “tube” website?